Introduction from a parent 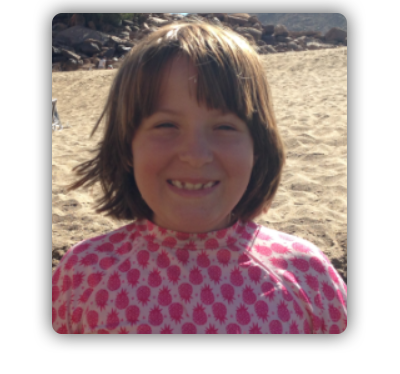 I am the mother of two wonderful children, Byron (12) and Bianca (9). My daughter has a rare condition called Prader-Willi syndrome (PWS). The most notable “famous” aspect about the condition is that they are genetically predisposed to over eating and obesity. When I read up about it when Bianca was first tested, I couldn’t believe such a bizarre condition could exist. That a tiny piece of missing information on the paternal chromosome 15 could wreck such havoc on an instinctive function such as eating. In addition the condition effects almost every aspect of her being.. Her muscles are weak, she has poor co-ordination, her speech and other areas of development were delayed. Cognitive, social and emotional functioning are also effected. It is a spectrum disorder so every child is unique and has their own set of challenges and strengths. I had a normal pregnancy with Bianca. The only notable thing was that she was not very active in utero, I was hopeful that this meant I was going to have a super chilled out baby.

When she was born she didn’t cry or react to the world around her and was too weak to feed. The first six months of her life was a very stressful time as she was tested for countless different conditions. Finally at 18 months she was tested for PWS but the test only picked up 70% of cases and it came back negative. We were given the impression that no other tests were available in SA. However we were suspicious that she may have PWS and fall into the other 30%. Two years later we were referred to the Genetics Clinic at Red Cross Hospital where they confirmed that she did in fact have PWS via a different test.

Having a diagnosis was a good thing as it meant that we could look into treatment and adjust our lifestyles to accommodate her. The thing about PWS, and I am sure many rare diseases, is that it doesn’t only effect the person who has it but the whole family. When she was first diagnosed we thought that our social life would be over, that we could never host a braai or go to a party and eat cake ever again! In reality we didn’t really have a big social life anyway and actually we can still do these things. People with PWS become obsessed with food anytime from about the age of 2 onwards but more recent research has shown that it gets most challenging when they are in their teens. As Bianca is 9 we are finding she is still quite easy to manage. We immediately provided her with food security by making sure she is on a strict eating routine. She only eats 5 times a day and she knows that. There is no doubt that she will get her meals and there is no hope of getting anything extra. By sticking to this her anxiety around food is drastically reduced and manageable. The only time it really gets difficult is when we go to a party or a gathering with a buffet type of set up.

There is no cure for PWS but a lot of research has been done into the condition and growth hormone therapy (GHT) definitely helps. GHT helps build muscle strength and helps with co-ordination. Research recently has found that GHT also helps people with PWS with cognitive functioning. The earlier one starts on GHT the greater the effect.

Unfortunately in South Africa medical aids generally don’t pay for GHT for people with PWS. It is a shame as it has been well proven across the world that it is extremely beneficial for people with PWS and helps to reduce life threatening illnesses such as diabetes. We decided to pay for GHT ourselves. Bianca was four and a half when we started. She was non-verbal and although she was not overweight she was very “squishy”. After starting GHT her physique immediately improved, she was stronger, leaner and taller and her metabolism improved. At the age of 5 (6 months later) she started saying proper sentences. I don’t know if it was the GHT that affected her speech but she jumped from 2-3 word sentences to 9 word sentences almost overnight.

She is a very happy girl and it is a pleasure to be her mom. She is extremely motivated and tries her best at everything she does. She is currently at a remedial school after three years at a specialist school, mostly accommodating children on the autism spectrum. Bianca and many children with PWS are similar to children on the autism spectrum. As such the same style of teaching really works for her. She is always enthusiastic to try new sports or activities and she has no fear when it comes to adrenalin activities.